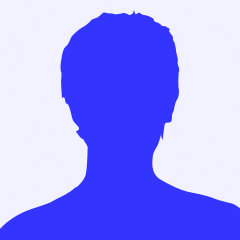 Joan Budyk Costley, Hyde Park High class of 1959, died of complications from stage IV colon cancer at Spaulding Rehab Hospital, in Cambridge, Ma. on February 27th, 2013.
She was a Phillips Brooks House alumni, graduating Cum Laude with honors, from Harvard/Radcliffe College in Social relations in 1963. She received her first MS. Degree, in Early Childhood Ed., from Wheelock College.  A second MS., from Harvard Grad. School of Ed., in Administration,Planning and Social Policy. She was ABD, with a Ph.D. from Harvard Grad. School of Ed., in Admin, planning and social policy.
Her professional career spanned almost 50 years in the Boston area and nationally, in the improvement of education for infants, toddlers and young children, as well as adult learners and ESL students.
Some positions she held related to her work for young children were as Dir. of The Children's Center of Brookline and Coordinator of the Infant/Toddler Childcare Research Project at the Childcare Resource Center. She taught college and graduate courses in child development at UMass-Boston and Wheelock College and was the Coordinator of the Bachelors Degree Program in Early Childhood Ed. at The College of Public and Community Service-UMass-Boston. She was also the Director of the Mass. Statewide Head Start Training Center.
She spent the next 17 years at Wheelock College, running various programs related to young children as well. She was Director of the Statewide Childcare Training Program at Wheelock College; Director of the AS Degree Program for Adult Learners at Wheelock College; the Program Developer and Director of the Childcare Careers Program at Wheelock College and Senior Fellow and Co-founder of the Center for Career Development in Early Childcare and Ed. at Wheelock College.
She then went on to create a consulting agency, Early Childhood Futures, which consulting nationally to federal agencies, states and communities;
Her second career was in ESL education becoming a Teacher at The Literacy Project at The Cambridge Public Library ESL program. Then onto being a Counselor at the Jackson-Mann Community Center, ESL and Literacy Program and finally at her passing the Director of the Jackson-Mann Community Center, ESL and Literacy program.
She is noted for numerous publications, joint-authored publications, manuals, training materials and articles in early childhood ed and admin, as well as adult learners education, particularly, a co-authored publication, "Making a Career of It: The State of the States in Early Childhood Professional Development." She was also a grant writer and consultant for several organizations grants.
She had a life-long interest in travel, music, theater and the arts, as well community service, political work and social action. Her hobbies included story-telling, acting and dance.
She is survived by son, Alex Costley, of New York city; daughter, Maya Costley, of Westminster, VT. and grandson, Asa Costley-Bupp, also of Westminster, VT.
A memorial service is being planned for June, 2013, in Cambridge, Ma.

You need to be a member of Hyde Park High School Alumni Group to add comments!